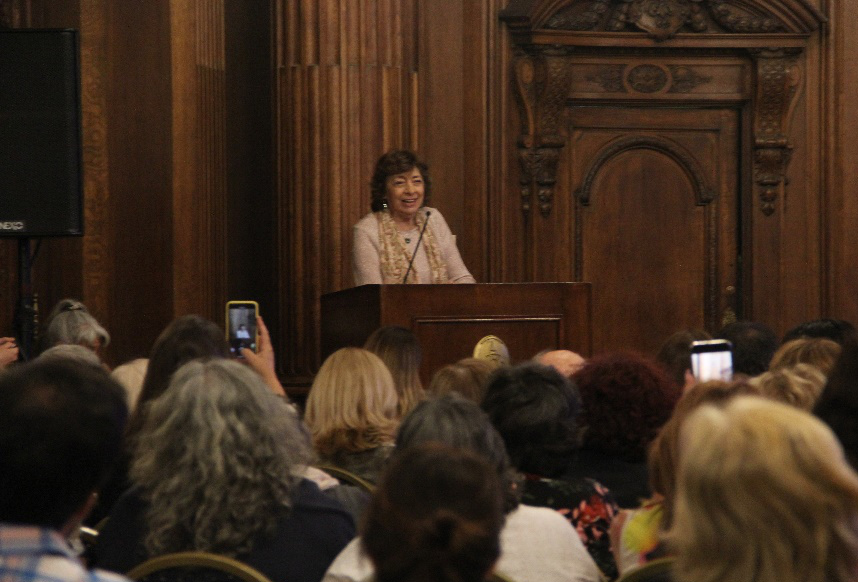 The Foundation for Studies and Research of Women (FEIM) celebrated its 30 year anniversary on Tuesday, November 26th, at the City Legislature Building of Buenos Aires. The event took place in San Martín Hall, where Deputy Victoria Roldán Méndez and Deputy Sergio Abrevaya presented an award established by resolution 302/2019 to FEIM president Mabel Bianco. The large audience in attendance at the award ceremony consisted of politicians and representatives from various feminist and civil society organizations. Bianco received a silver plaque with the inscription: “To FEIM for its constant work in the defense and promotion of the human rights of women and girls and the elimination of gender-based inequalities. Legislature of the City of Buenos Aires, 1989-2019 ”.

At the start of the night, Deputy Roldán Méndez gave thanks for the opportunity to “share such an emotional day celebrating 30 years of a foundation that has managed to overcome social barriers in the defense of women’s rights, an aim that seemed utopian thirty years ago». Deputy Abrevaya admired the hard-earned reputation that «FEIM has been developing for 30 years achieving small successes and consolidating the institution.»

The event featured a video depicting FEIM’s trajectory in its fight for the defense of the rights of women, girls and adolescents since the return of democracy in Argentina, as well as the people who have been part of the  FEIM team since its foundation until the present, including members of the current board of directors Lidia Heller and Laura Pagani.

The event continued with some words from the participants. National Deputy Margarita Stolbizer MC, who congratulated the Legislature “in making this fair tribute to FEIM and its founder and President, Mabel Bianco, a brilliant and generous person. FEIM is contemporary with democracy in Argentina and would not have been possible without the guarantee of a democratic system of government.” Stolbizer emphasized “FEIM has found in health rights its most important motivation because it is one of the debts of our democracy”, and referred to the «setback that means the repeal of the protocol of Legal Interruption of Pregnancy,” adding that «FEIM’s fight in that field has been decisive.» 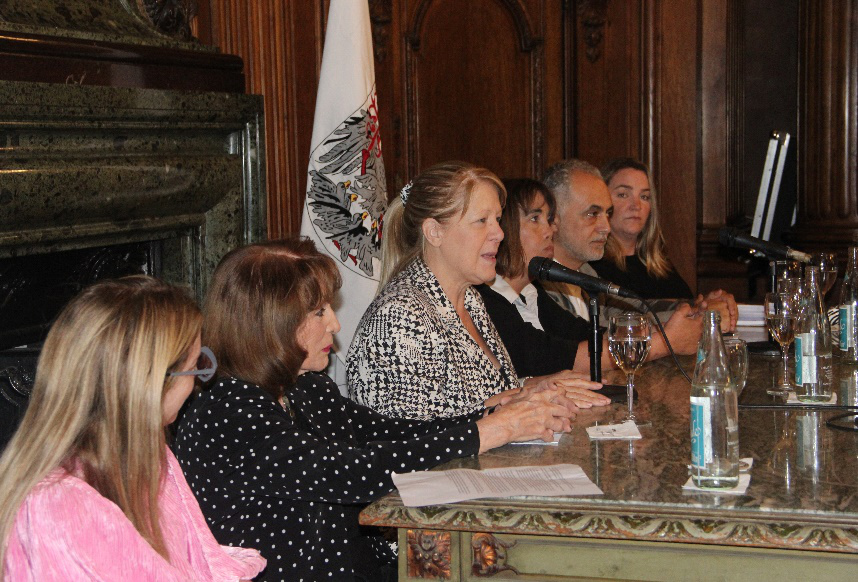 Fabiana Túñez, executive director of the Argentinian National Women’s Institute (INAM), gave president Mabel Bianco a heartfelt address from the panel: “You opened such a big door with your construction and your coherence, that I decided to follow you and I understood that from civil society many things can be done. You are my teacher in life and in the feminist movement. ”

Fernando Zingman, UNICEF Health specialist, spoke on both “learning from and admiring” Mabel Bianco and stressed that “for five years FEIM has been a great partner in the Campaign to Prevent Unplanned Pregnancy in Adolescence. Mabel always goes ahead and her progress adds up. And now she has grouped ten more organizations.”

Journalist and investigator of Human Rights in Argentina, Magdalena Ruiz Guiñazú, expressed her thankfulness for “having a source like Mabel. For thirty years Mabel has been working me in journalism and we have had the assurance that if she was consulted, the answer would be imbued with truth.”

Mariela Belski, executive director of Amnesty International Argentina, spoke of the value of networking with FEIM and RedNac, creating “a key alliance in the fight for sexual and reproductive rights in which FEIM has played a leading role”.

The representative of UN Women, Florence Raes, was responsible for closing the panel and highlighted Mabel’s leadership skills and her “ability to create a young team and her role as spokesperson for women in the region and in the world.»

Then a video of greetings from people who could not attend the event was projected, including feminist references such as Diana Maffia, Director of the Gender Observatory in Justice of the Council of the Magistracy of the City of Buenos Aires, Dora Barrancos, researcher, sociologist and feminist historian, Natalia Gherardi, director of the Latin American Justice and Gender Team, and two young members of the FEIM team, Cecilia Correa and Diana Cabral.

Mabel Bianco closed the event emphasizing that «sexual and reproductive health was a high priority in the history of FEIM, along with the fight for the decriminalization of abortion.” She referred to the book For a safe motherhood, FEIM’s first project, and spoke of intergenerational work at the beginning of the Foundation between grandmothers and teenagers, where older women “claimed grandchildren to accept their sexuality at that age”, and also among grandparents who had used condoms to prevent sexually transmitted diseases and who had talked with their young ones to raise awareness about the need to take care of themselves about HIV. «They were very enriching experiences» said the president of FEIM. And she closed the event saying: «We have persisted without selling ourselves and without changing our ideas and privileges.» 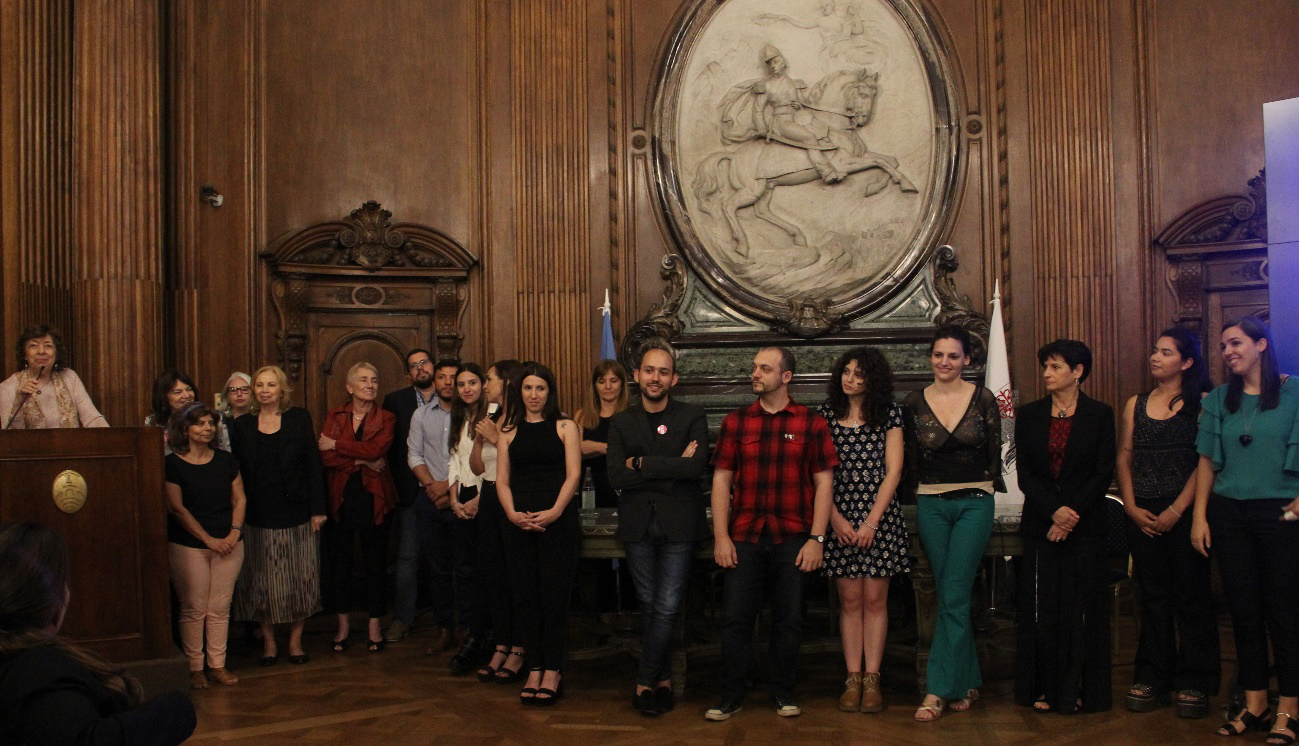 At the end, president Bianco called the entire FEIM team to come forward and introduced them one by one. A closing photo was taken and then a final grand toast was made in the Central Hall. 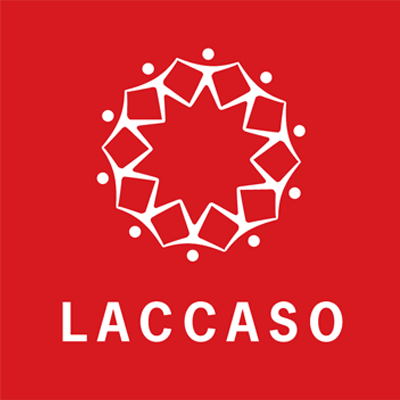